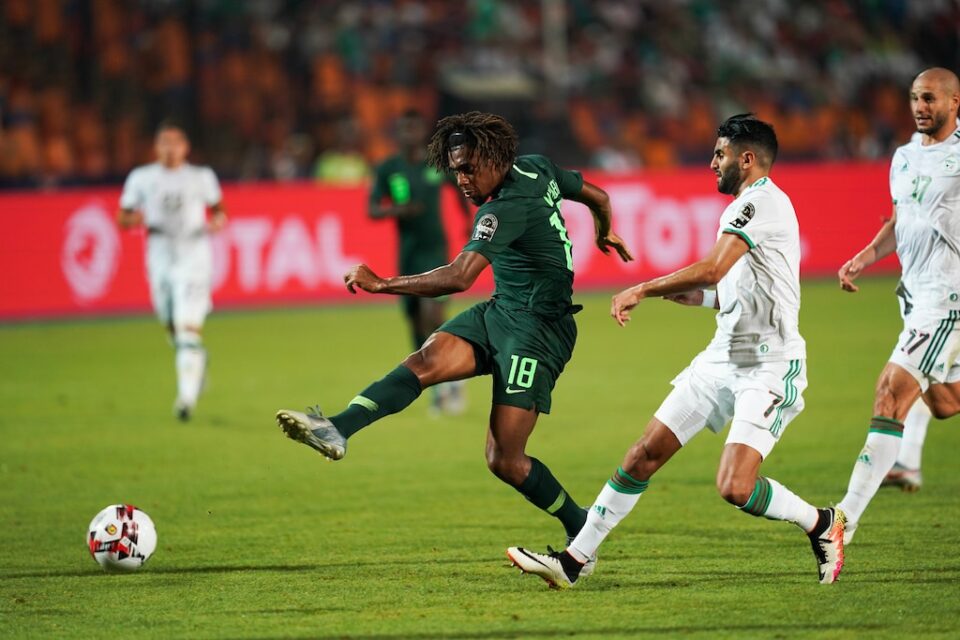 Super Eagles winger, Alex Iwobi has expressed his dissatisfaction over the officiating of the center referee in Nigeria’s game against Algeria, Newspremises reports.

Algeria came from one goal down to defeat the Super Eagles 2-1 in a big international friendly match played in Oran on Tuesday, September 27, 2022.

Despite scoring the first goal in this game, the Super Eagles were unable to maintain their potency and allowed Algerians to come back stronger in the second half.

The three-time African champions also had a goal disallowed which was ruled for offside and Alex Iwobi has frowned at the decision.

The Everton winger took to his official twitter page to post a photo thereby asking question on why the Super Eagles goal was disallowed.

One Example… Really Confused As To How This Was Disallowed For Offside. pic.twitter.com/HOfeyiHCJo

Italian football legend, Antonio Cassano tells Cristiano Ronaldo to ‘do himself a favour’ and ‘stop’ playing