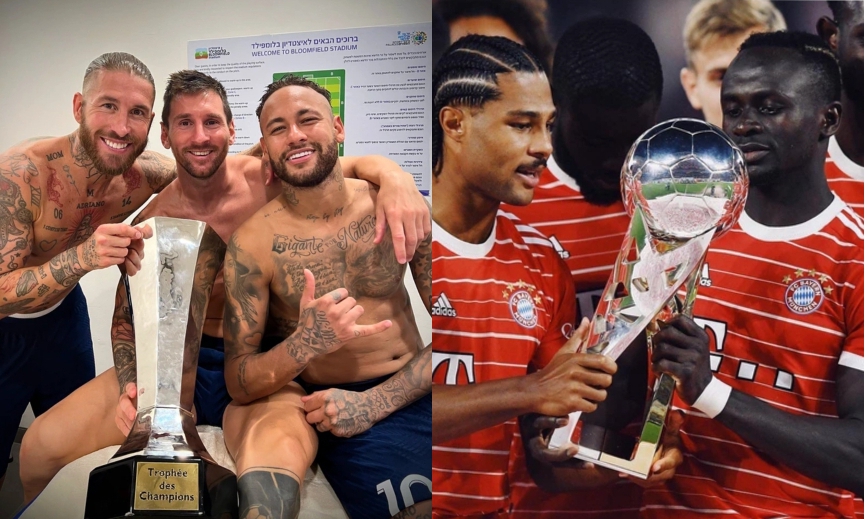 Premier League season might just be few days before kickoff in England and major leagues across Europe, but most of the club’s supporters have already had reasons to celebrate as their clubs lifted the season opening trophies.

Below we look at few clubs who are already parading their first trophy and individual medals.

The French champions flexed their attacking muscles as they smashed Fc Nante by 4-0 in the Trophee des champions final, Neymar was the star of the show with two goals to his name while Lionel Messi and Sergio Ramos completed the score line.

The German champions defeated Rb Leipzig by a score line of 5-3 to lift the Germany super cup and Sadio Mane was amongst the goals.

In a highly contested Johan cruijff Schaal, PSV scored five time to clinch the trophy with the score line ending by 5-3.